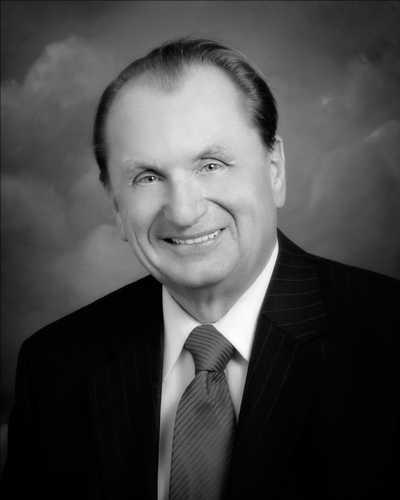 Over more than four decades, Royce Cross, President and Member of Cross Insurance, Cross Financial Corp., and Cross Realty, has helped shape and steer his family’s namesake agency into becoming not just an insurance staple of Bangor, Maine, but one of the largest insurance providers in New England with nearly 800 employees in more than 30 offices in Maine, New Hampshire, Massachusetts, New York, Connecticut and Rhode Island.

Working alongside company founder and father, Woodrow Cross, as well as brother, Brent, son, Jonathan and nephew, Woody, Royce has also helped bring the multi-generational Cross Insurance to nearly $1 billion in premiums through numerous mergers and acquisitions, each of which contributes greater knowledge and expertise to the organization. Other recent accomplishments advanced by Royce include securing the naming rights for Bangor’s Cross Insurance Center and the Cross Insurance Arena in Portland, Maine, as well as the Cross Insurance Pavilion and Business Center at Gillette Stadium in Foxborough, Massachusetts.

Royce began his career at Cross Insurance in June 1970, manually typing insurance policies under the guidance of his father Woodrow Cross, who at 99 years of age remains Chairman of Cross Financial Corp. Royce’s passion and tenacity for insurance led to a growth of responsibilities as the agency continued to prosper. He would ultimately be appointed President of the organization in 1983. Since 1954, Cross Insurance has evolved to now serve 120,000 customers throughout New England.

Hailed for his efforts, Royce has been recognized as a “Personal Insurance Agent of the Year” by Travelers Insurance and was one of three individuals honored as a 2014 “Business Leader of the Year” by Mainebiz for his outstanding vision, drive and perseverance in leading his organization to record revenues and recognition.

Outside of the office, Royce is firmly committed to both his family and community. He and his wife of 45 years, Louise, are parents of Jonathan Cross, another key member of the Cross Insurance family, and greatly enjoy spending time with their two grandchildren Taylor and Dylan. Royce is also a very active member of Crosspoint Church in Bangor.

A graduate of Bangor High School, Royce is the recipient of a 2014 honorary Doctor of Business Administration degree from Husson University in Bangor.

Select a button below to see how you or your organization can get involved with Junior Achievement of Maine.

We use cookies to provide you a personalized experience. How we do this is by analyzing user behavior on our site and sharing data with our advertising and analytics partners. You consent to our cookie policy if you continue to use this website.